This a lot easier, than I originally though it would be. Works really well on my multiWAN setup too! I did everything with the Wizard, that can be found under firewall/traffic shaper.

Why even post steps about a traffic shaper wizard? Well, it’s pretty easy to use, so maybe there’s no point. However I tend to forget easy things, like choosing the correct wizard (traffic_shaper_wizard_multi_all.xml), and using high enough connection speed (the first image). Everything else is really simple.
At the first step we just add the upload / download speed limits. You should use some value that is actually pretty close to the maximum value, since the penaltyBox feature in the next still will only accept persentage of the connection speed, which will be calculated from these values. 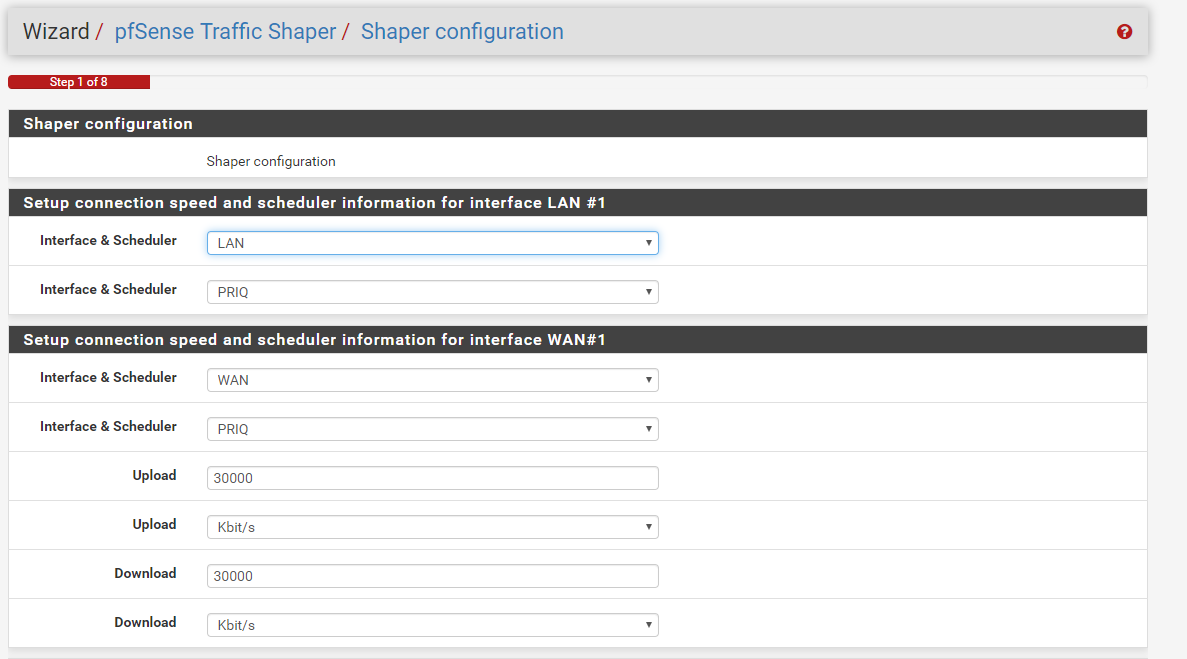 The Scheduler PRIQ means that each packed is placed on separate queue, and the prioritized packets (games) will pass through first.

In the next step we can add a penaltybox to drop traffic from certain PCs. In a LAN party we might have someone who is draining a lot more bandwidth than everyone else would accept. In this case we can just put that user (IP) into the penaltybox to stop him draining our bandwidth. I used firewall alias penaltyBox for this purpose. The alias penaltyBox can be edited under Firewall/Aliases. 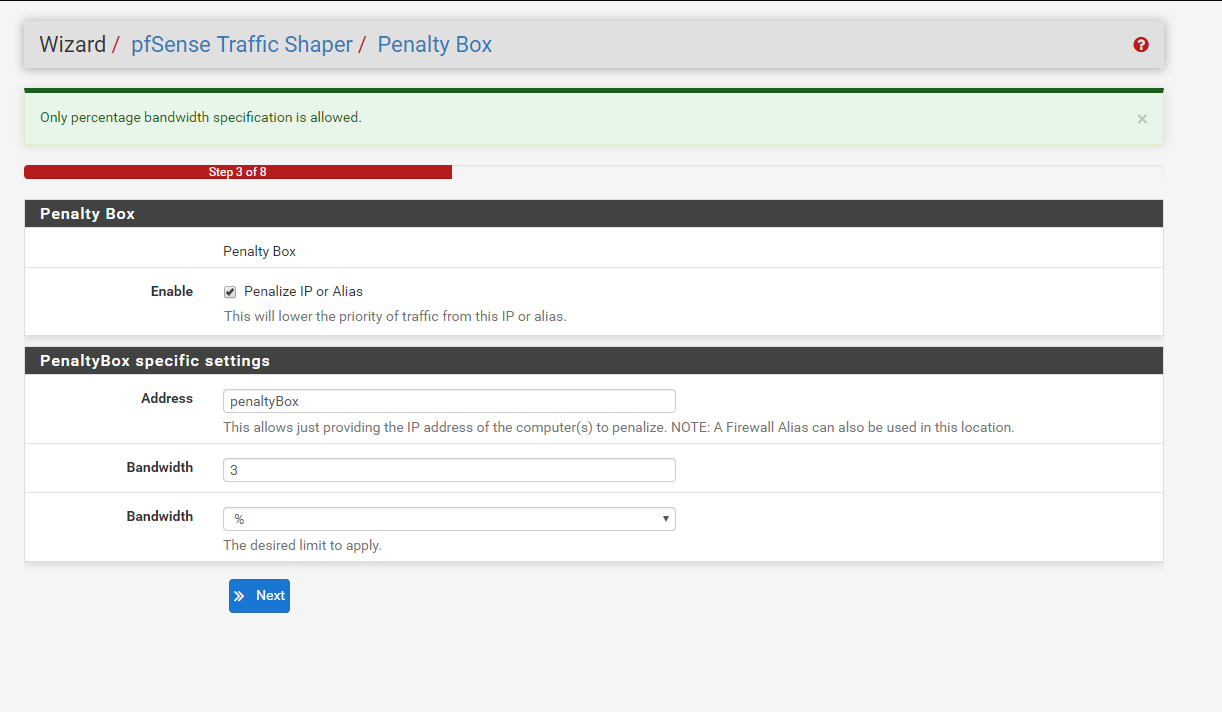 After this the wizard is pretty straightforward: just prioritize gaming traffic, and put HTTP, and P2P traffic into lower priority.

Finding the worst offender to the penalty box

You can see the realtime data in the Status / Traffic Graph menu. If you’re seeing someone downloading too much, and the rules won’t bite well enough, then you could also add these ips into the penalty box. 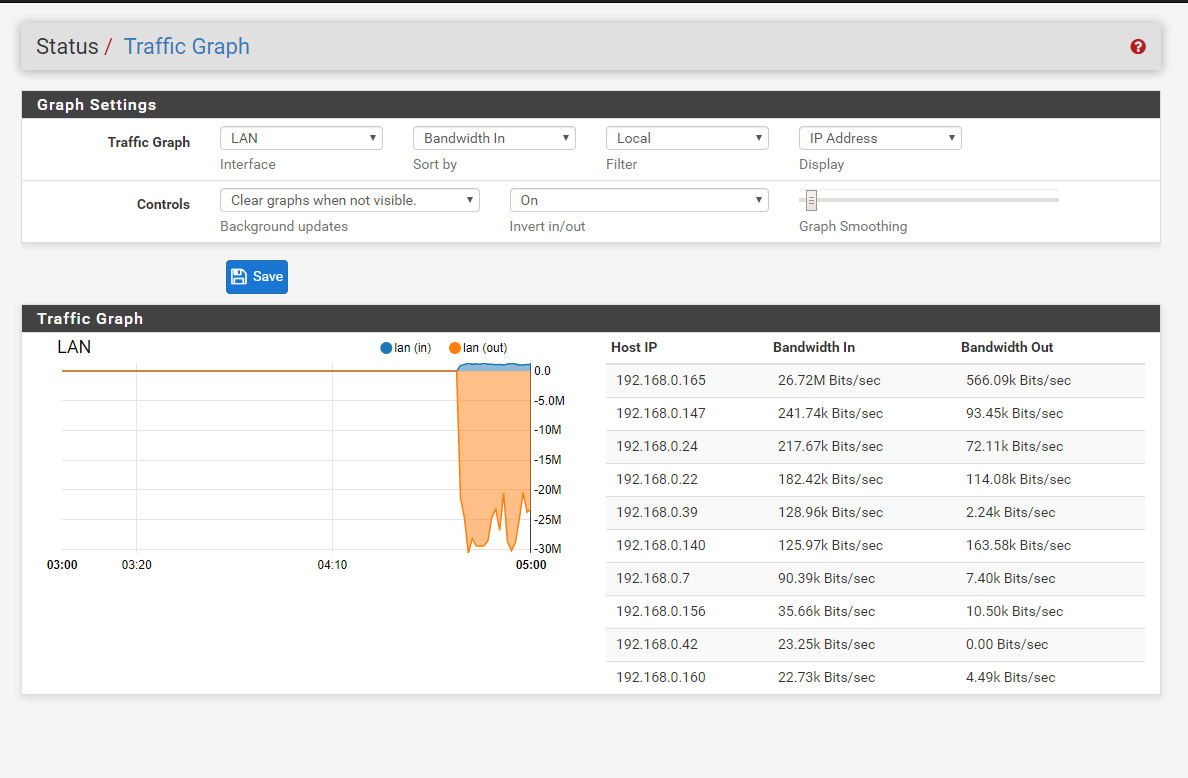 Building a router for LAN party with pfSense and Steam cache

We have small LAN-party for about 30 people twice a year. The party takes a place far away from good internet connections. We have to manage with only 4G connections in here. Currently it get reall...

My old esxi was intalled on single USB dongle, which died (I failed). So I upgraded everything. Changed old HDD’s into SSD and upgraded all software too Everything is not hosted on Proxmox instead...

The newest update for keeping the gaming performance in good shape with pfsense is to put steam-related traffic into the lowest priority, or maybe just put it into single WAN. This can be done wit...